Andrew Tate Arrested: Andrew Tate, the controversial online influencer, was detained in Bucharest, Romania, as part of a human trafficking and rape investigation. His brother Tristan Tate was also detained in Bucharest when his house was raided. Speaking to the news agency, Tate’s lawyer confirmed his detention. 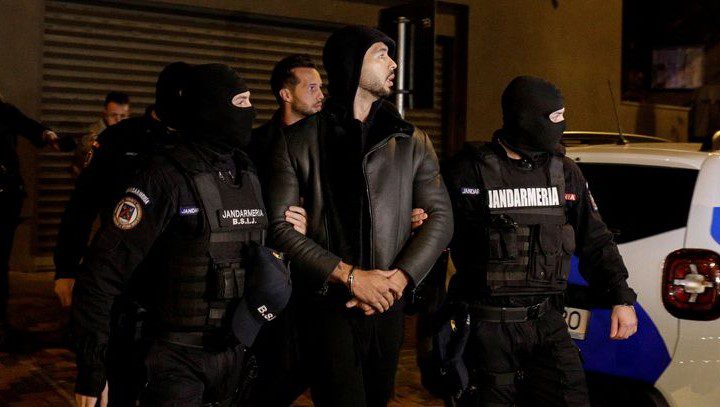 He became infamous for his comments on gender feminism, roles, masculinity, and trans issues and a portion of the internet thought that Tate was normalizing ‘violence against women’ and ‘marginalizing’ through his videos on social media.

a contestant on the British reality TV show Big Brother and a former kickboxer was kicked off from the show in 2016 after a video surfaced where it appeared he was hitting a woman with a belt. At the time, Mr. Tate said the video had been edited and called it a “total lie”.

Tate calls himself ‘Top G’, which meaning on the modern Internet parlance is ‘Top Gangster’. He said that ‘Top Ji’ means ‘Competent person in all fields’ or competent in each and every field.

He became infamous On the Internet when he said that women needed to ‘take responsibility’ for sexual harassment, which led him to a ban on Twitter, which was reinstated later. He is also banned on YouTube, TikTok, Facebook, and Instagram.

According to Romanian prosecutors, Tate and his brother Tristian will be held for questioning for 24 hours.

Prosecutors said, “The four suspects appear to have created an organized crime group with the purpose of recruiting, housing, and exploiting women by forcing them to create pornographic content meant to be seen on specialized websites for a cost”.

since April Tate and two Romanian nationals were investigated for suspicious reasons. On an online video, it showed that the two brothers had been taken away from a luxury villa.

After that, on a statement from the Romanian Directorate for the Investigation of Organized Crime and Terrorism (DIICOT) said that they suspected two Romanian citizens and two British citizens of being members of a criminal group aiming at human trafficking, without revealing the name of the Tate brothers, because there was doubt. Money, guns, and knives were also seen in that online video.

in 2017, Tate moved to Romania. He took birth in America but took citizenship in Britain. He says that the video that led to his expulsion from the Big Brother show, that was edited and was a lie that was made intentionally to expose him to look like a bad guy.

His videos and posts have been viewed millions of times and a section of experts and internet users have expressed concern that his views on women could shape how millions of young men view women as the world battles misogyny and tries to make a better and safer society for women.

His latest battle was with environmentalist Greta Thunberg where the two were involved in an argument of words after Tate spoke about the ’emissions’ from his luxury cars.