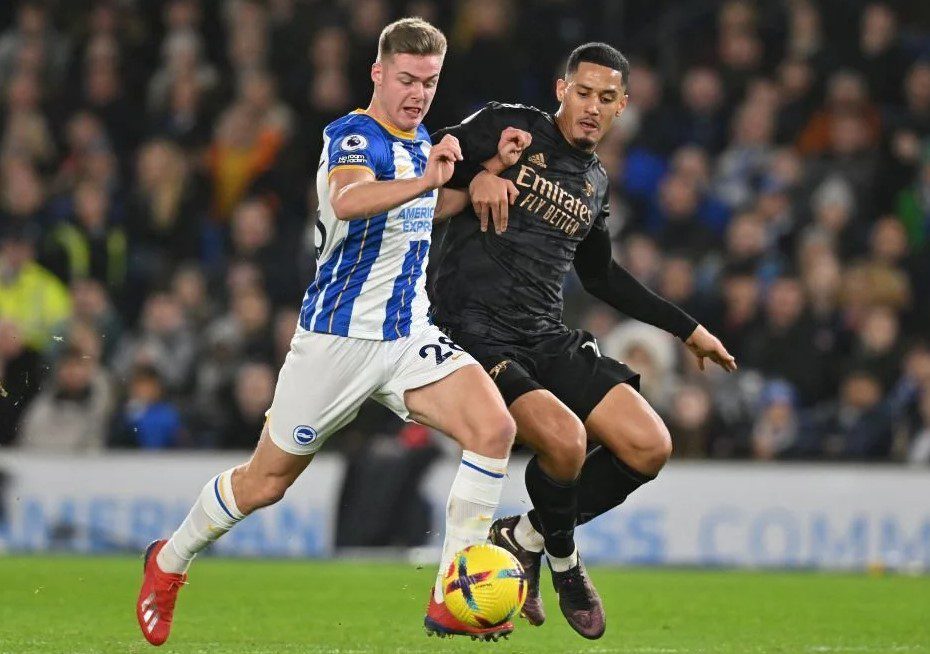 At the American Express Community Stadium, Arsenal took the lead in the second minute of the match through Bukayo Saka’s goal. Gabriel Martinelli’s cross deflected off Brighton goalkeeper Robert Sanchez and into the net. Gabriel Martinelli assisted 6 goals in the league.

Martin Odegaard doubled the score in the 39th minute. An attack from the box is turned away by a Brighton defender, but could not save the team from danger. Martin Odegaard scored a great half volley Goal after running. This is his seventh goal in the league. He also made 5 assists. Arsenal went into the break with a 2-goal lead in the first half. The table toppers go into the break with relief.

Arsenal was in the same rhythm after the break. After the second half, Eddie Nketiah scored just after 2 minutes. And arsenal went 3-0 lead into the match. After the lead arsenal become more defensive rather than aggressive.

After that, from Brighton’s side, Japanese footballer Kaoru Mitoma scored the first goal for Brighton in the 65th minute of the match. After conceding a goal Brighton tried harder to score more goals.

Brighton’s Evan Ferguson scored in the 77th minute. In the last 10 minutes, Brighton held Arsenal tight. Brighton started attacking one after another. At the very last moment of the match, Brighton sent the ball back into Arsenal’s net. However, Mitoma’s goal was canceled by the referee after seeing the VAR.

The score stands at 4-2 in favor of Arsenal, the match finally ended with this score. With this victory, Arsenal has secured the top spot with 43 points after 16 matches. Arsenal took the gap of 7 points leaving City in second place. On the other hand, Brighton finished eighth place with 24 points from 16 matches.