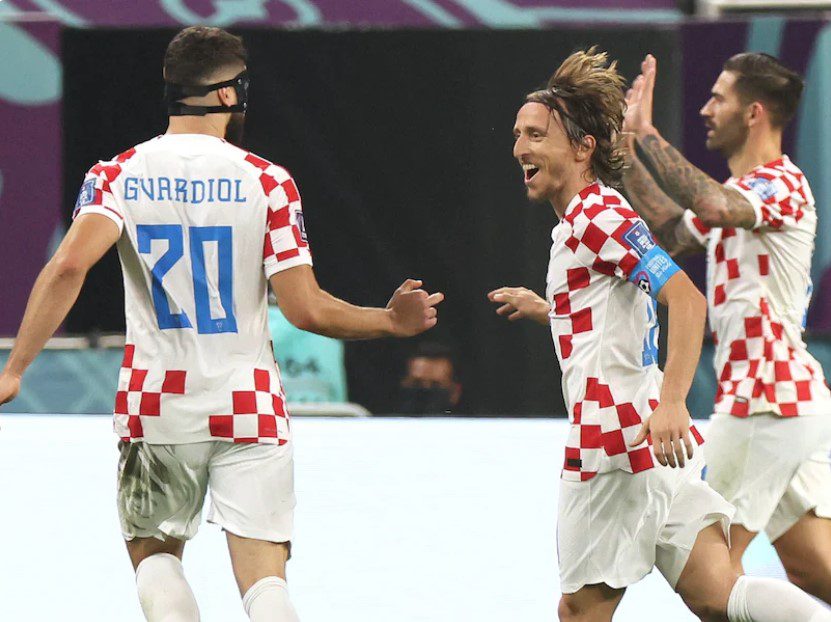 Not many are interested in the third-place match of the World Cup. The two teams who lost in the semi-final entered this match with broken hearts. It’s good if you can finish third, but if not, there’s no harm, that’s the attitude of the teams. But it is right to try to win on the field.

Croatia and Morocco have been knocked out from the same group. The result of the match between the two teams in the group stage was 0-0. But the first 10 minutes of the third-place match scenario was different. The score line was 1-1 when the excitement spread. Both goals came from free kicks. The two goals have more in common. From the free kick, the ball went into the net through both heads. Both goal scorers are defenders and both wear jersey number 20.

In the seventh minute, Joško Gvardiol headed Ivan Perišić’s free-kick into the net. In the ninth minute, a Moroccan free kick was cleared with a Croatian player’s head. But the ball comes near to the goal bar. Achraf Dari, one of the best right-backs in this World Cup, made no mistake when he headed the ball into the net.

Morocco put pressure on Croatia after the draw. Coming out of defense, Hakimi dangerously dropped the ball into the opposition goal twice. Despite not getting a goal, Morocco continued to attack.

But Croatia turned around and scored in the 42nd minute. From the left, forward Mislav Oršić curled the ball over the head of Moroccan goalkeeper Yassine Bounu and into the net. Morocco tried to return to the match in the second half but they couldn’t. As a result, Croatia ended their sixth World Cup with the win, three of which they have played in the last four.

It was also Morocco’s sixth World Cup. The second-round appearance in 1986 was the team’s best success so far. Reaching the last four of the World Cup is a great success for Morocco. However, Achraf Hakimi’s fairy-tale run was stopped by France in the semi-finals. Morocco became the first country in Africa not to play in the World Cup final.

Before the third-place match, Morocco coach Walid Regragui said they were disappointed to lose in the semi-finals. But being third is more of an achievement than being fourth. But Morocco finished the dream journey in fourth place.

Croatia’s best footballer Luka Modric said before the match, “There are eight footballers in this team who know the value of winning a medal at the World Cup. I was second in the World Cup last time. We will pour the best in the field from the third in the row”.