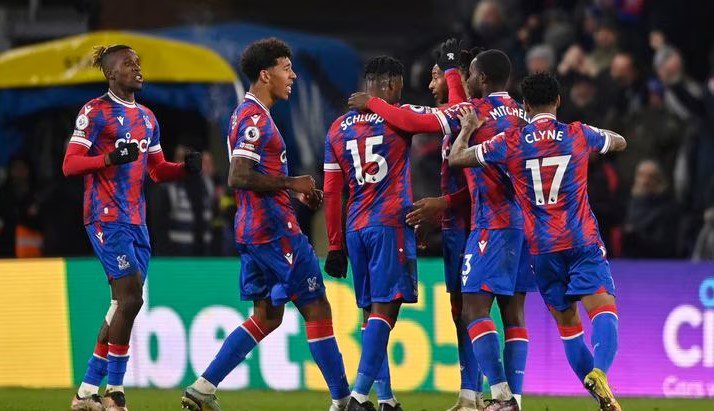 Crystal Palace vs Man United: The English Premier League match was drawn 1-1 at Selhurst Park Stadium on Wednesday night. Michael Olise equalized the score for Crystal Palace in the second half on added time.

Due to this match being a draw, across all competitions, United’s run of nine consecutive victories was interrupted.

Manchester United failed to win two consecutive league matches at Selhurst Park Stadium. They lost 1-0 on the last day of the last season.

In this match, Dutch forward Wout Weghorst made his debut with United’s jersey. Manchester United got their first chance in the 16th minute. Luke Shaw’s shot goes wide of the far post from the D-box.

In the 31st minute, Wout Weghorst headed the ball into the top net from a cross of Shaw in the box. After eight minutes Marcus Rashford’s free-kick was off-target.

United survived in the next minute thanks to David de Gea’s tactics. Palace striker Odsonne Edouard’s shot from outside the box hit the Spanish goalkeeper’s hand and then hit the crossbar.

After that United went ahead in the match shortly. Christian Eriksen passed Rashford on the left and he enters the box, receiving a return pass from his team-mate, he cut back to Fernandes. The Portuguese midfielder did the rest with a right-footed shot from 12 yards away.

Man United kept the pressure on Palace in the second half. Man United appealed for a penalty when Scott McTominay fell in the box in the 73rd minute after a challenge from the opposition. However, the referee did not respond, VAR also upheld that decision.

De Gea made another great save three minutes later. He jumped to the left In the corner, and save Marc Guehi’s header.

Shortly, Casemiro saw a yellow card for a foul on Wilfried Zaha. The Brazilian midfielder will not be able to play against Arsenal next Sunday due to his fifth yellow card in the Premier League.

Olise equalized the score with a superb free-kick from 30 yards in the first minute of added time. And the ball goes under the crossbar and into the net.

Man United got a chance to regain the lead after a while. Casemiro could not score from close range. United left the field with disappointment.

Man United is third with 39 points in 19 matches with 12 wins and 3 draws. Manchester City is second in goal difference with equal 39 points after playing one match less. Arsenal is at the top with 47 points in 18 matches.