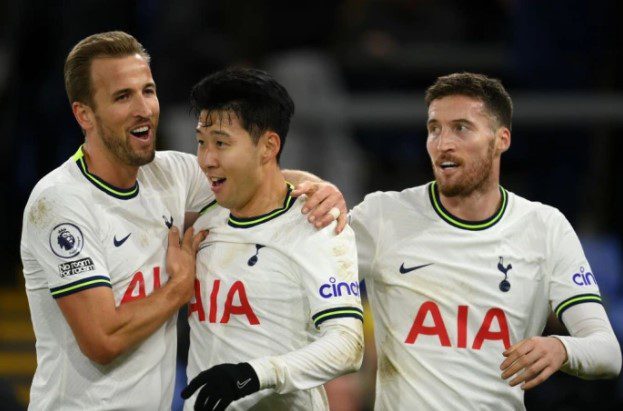 Tottenham lost 0-2 to Aston Villa in the last match. Tottenham was able to handle that shock to some extent and made a comeback with the win. In the first half, each team was unable to score a single goal.

However, from the beginning of the second half, Tottenham started dominating. In the 49th minute, Harry Kane jumped up and headed in Ivan Perisic’s cross to score the first goal.

This is the first time since October 15 that Tottenham scored the first goal of the match. From the last 10 matches, they didn’t score a “first match goal”.

Harry Kane scored another goal within five minutes. After 53 minutes, Kane scored the second goal with a low shot from Brian Gil’s pass to lead the team by 2 goals. Crystal Palace then tried to get back into the match but failed completely.

With that English captain, Kane scored 264 goals for Tottenham. He is just two goals behind Jimmy Greaves’ goalscoring record. It was Kane’s 300th match in the Premier League. He also contributed to the team’s next two goals.

Matt Doherty put the ball into the net and increased the score for the team in the 68th minute. After that, Crystal Palace started to lose the match.

Son Heung scored the very last goal of the match. Son scored the last goal in the 72nd minute. Although Son has not scored a goal in his last 12 matches for the country and club.

After Tottenham’s disappointing start in the first half, the performance of the team turned around in the second half. Crystal Palace created one chance on goal in the first half. But Hugo Lloris saved Jordan Ayew’s shot.

Before this match, Tottenham coach Antonio Conte said the day before the match, team needs new players to overcome the bad situation and for this, new investments are needed. Perhaps this comment of the coach left a mark on the minds of the players. So they lit up and brought a great victory.