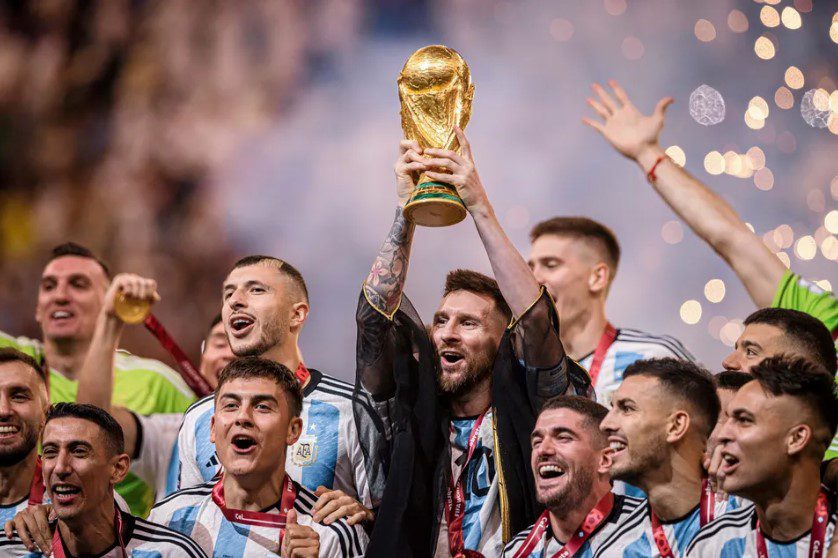 Argentina vs France: Argentina beat France 4-2 in a tie-breaker in the FIFA World Cup final at the Lusail Stadium in Qatar on Sunday. With the game tied at 2-2, the match went into extra time. Both teams scored one goal each and the match ended in a 3-3 tie. Mbappe scored all three goals in the match for France. Angel Di Maria scored a goal for Argentina along with Messi’s double.

Emiliano Martinez blocked France’s Kingsley Coman’s shot in the tie-breaker. And Tchouaméni hit outside. As a result, Mbappe and Kolo Muani’s shots hit the target, but to no avail. Messi, Paulo Dybala, Leandro Paredes, and Gonzalo Martinez hit the target with four consecutive shots keeping a cool head. The title was confirmed for Argentina.

France lost the tie-breaker in the final for the second time. Earlier they lost to Italy in 2006 final. Argentina, on the other hand, once again excelled in the tie-breaker. So far, the Albiceleste have fought this test of fate seven times and lost once. They also lost to Germany in the quarter-finals in 2006.

Argentina dominated the first half of the match and almost half of the second half. Argentina took the first shot on target in the fifth minute of the match. However, the French goalkeeper Hugo Lloris did not have the speed to catch Alexis McAllister’s long-range shot. Raphaël Varane blocked Rodrigo De Paul’s shot three minutes later.

Argentina took the lead in the 23rd minute. Di Maria made a fool of Ousmane Dembele and entered the D-box with a brilliant dribbling down the left wing after Alvarez’s extended ball. Ousmane Dembélé lost his temper and fouled him from behind. As a result, the referee blows the whistle for a penalty. Messi put the team forward with a successful spot-kick.

Argentina doubled the gap in the 36th minute. Messi took the pass from Alvarez and pushed the ball to Mac Allister who was in front. The Brighton star could have taken the shot himself if he wanted, but instead, he extended a perfect pass to Di Maria. And Di Maria did not make any mistakes in getting the ball into the net.

France reduced the gap in the 79th minute. Mbappe scored from a successful spot-kick. Nicolas Otamendi fouled Kolo Muani in the D-box and the referee blew the whistle for a penalty. The French equalized two minutes later. Mbappe scored a perfect volley from Thuram’s cross. It was his seventh goal of the tournament.

Argentina went ahead again in the 109th minute. Lautaro’s strong shot was blocked in the first round, but Lloris could not stop Messi’s return shot. This is his seventh goal in the current World Cup. The total number of World Cup goals is 13.

However, France equalized after six minutes. Montiel jumped to block Coman’s shot but the ball hit his hands. The referee blew the penalty whistle for this incident inside the box. Mbappe scored another successful spot-kick from there. It is his eighth goal of the tournament.

Martinez made an incredible save at the end of the added time of the match. Otherwise, Argentina could have lost immediately. Martinez kept Argentina in the match by stopping Kolo Muani’s strong shot.