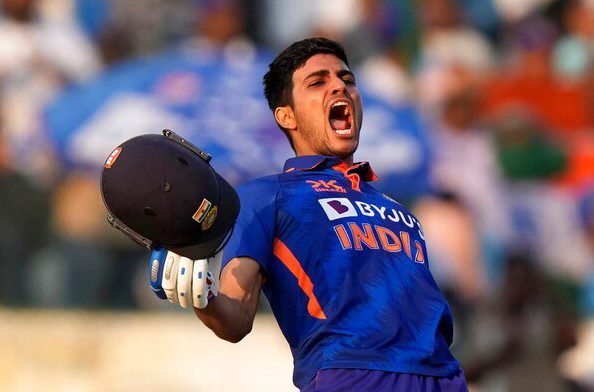 IND vs NZ 1st ODI, Rajiv Gandhi International Stadium, Hyderabad: Today was Shubman Gill’s show, what an incredible inning from Shubman Gill. In recent days Ishan Kishan scored a blasting “Double Hundred” against Bangladesh. And now Yet another “Double Hundred” from an Indian at a such young age.

This is the 2nd consecutive ODI hundred for Shubman Gill. He is the fifth Indian to score a double hundred in ODI. And this is a record that 5 players from a single country to make “Double Hundred” in ODI, no other country hasn’t done this yet. 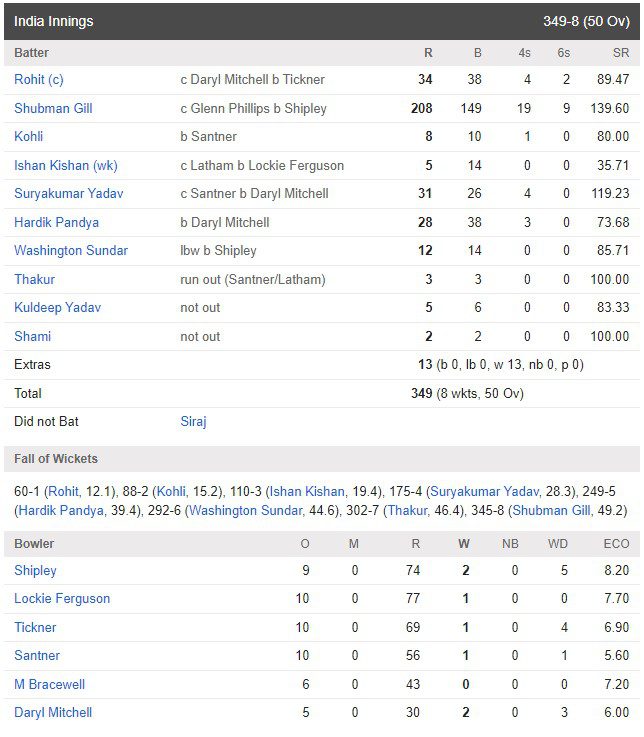 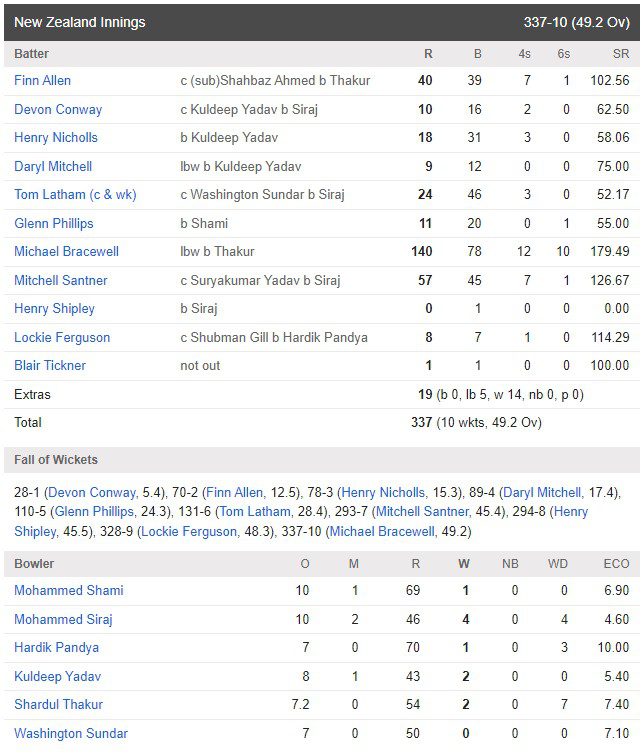 Coming to the match, India won the toss and elected to bat first. Rohit Sharma and Shubman Gill gave a good start on the powerplay. But in the 13th over Rohit tried to hit a six on Tickner’s delivery and lost his wicket by scoring 34 runs. India’s score was 60 for the loss of 1 wicket at that stage.

After that Suryakumar Yadav build a partnership of 65 runs in 53 balls with Suhubman Gill. Suriya then caught out Daryl Mitchell’s delivery by scoring 31 runs in 26 balls.

Again, a good partnership of 74 runs off 67 balls was built between Hardik and Shubman, but Hardik was given out on a strange third umpire review. It shows clearly that the ball wasn’t hit the stump, instead, Tom Latham’s gloves took the bail off. But unfortunately, Pandya had to go off the field.

Shubman Gill lasted till the end from the beginning like a wall and scored flawlessly despite the falling of wickets. He made 208 runs in just 149 balls with 19 fours and 9 sixes. He got out on the 50th over and India managed to put a huge total of 349 runs on the board.

New Zealand started their batting innings quite well but Mohammad Siraj again gives a breakthrough for India in the 6th over. He took Devon Conway’s wicket with a great bouncer.

After that new Zealand’s wickets are keep falling, and they were struggling to build a partnership. After the 29th over New Zealand was 131 for the loss of 6 wickets. But the scenario of the match is completely changed after the 7th wicket partnership.

Michael Bracewell and Mitchell Santner made 162 runs partnership off just 102 balls. Michael Bracewell made 140 runs in just 78 balls. He almost took the game away from India, but in the end, he got out on the 50th over, and New Zealand all out on 337 runs. India won the match by 12 runs.

Mohammad Siraj again was the star bowler of the Indian team, he took 4 wickets conceding 46 runs in his 10 overs.

The player of the match is Shubman Gill for his stunning knock of 208 runs off 149 balls. 2nd ODI will be played.