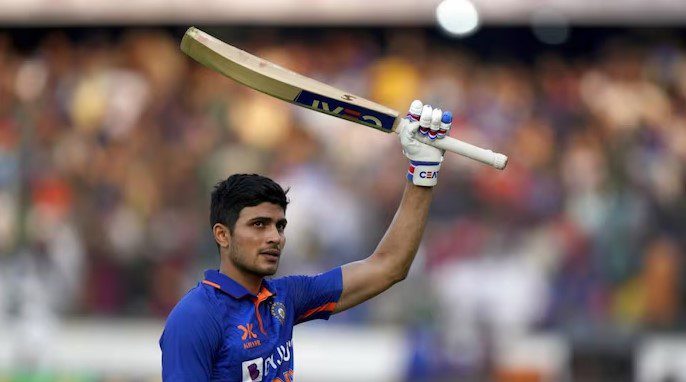 India vs New Zealand, 3rd ODI, Holkar Cricket Stadium, Indore: India won the 3rd and the final IND vs NZ ODI match by 90 runs. With this win, team India holds the 1st position in the ICC ODI team ranking table. India has become the no1 team in the ODI format. 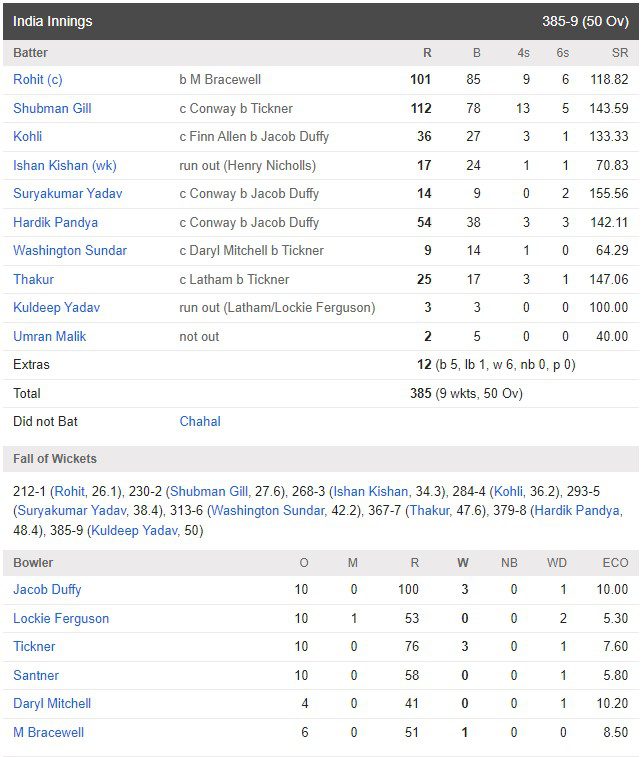 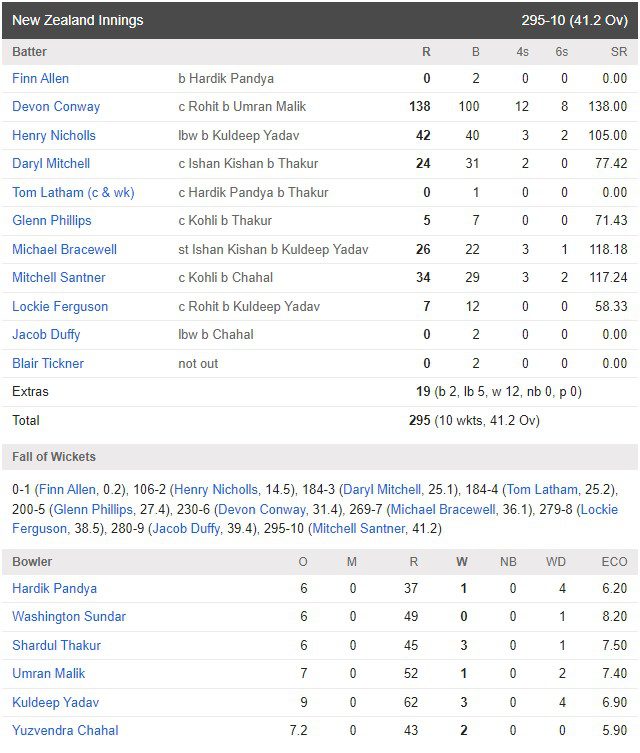 Coming to the match New Zealand won the toss and elected to field first. Down to bat Rohit and Shubman Gill gave India a great start. They made a huge partnership of 212 runs off just 157 balls.

After this huge partnership and a great start, India failed to continue the momentum of scoring runs. Wickets are falling continuously without building any good partnerships. Kohli made 36 runs off 27 balls and Ishan Kishan made 17 runs off 24 balls.

After that India was struggling to score runs. Suryakumar Yadav scored only 14 runs and got out in the 39th over. Where it seems India will make 400 plus runs when Rohit and Gill were batting, but after they got out at one stage it looks like India couldn’t make 350.

But in the end, Hardik Pandya played a quick inning by scoring 54 runs off 38 balls. Shardul Thakur also contributed 25 valuable runs at the end.

Hardik and Shardul made 54 runs partnership at the end which led India to a huge total of 385 runs. India finished their innings by scoring 385 runs for the loss of 9 wickets in 50 overs.

Jacob Duffy and Tickner took 3 wickets each for New Zealand but Jacob Duffy is the most expensive bowler in this match, he gave 100 runs in his 10 over.

New Zealand lost their first wicket in the 2nd ball of their innings, and Hardik Pandya took that wicket for India. After that New Zealand build a great partnership of 106 runs off 87 balls. After that Henry Nicholls got out by Kuldeep Yadav scoring 42 runs.

Next New Zealand’s Wickets are falling continuously and they failed to make it to the end. Devon Conway played a great inning by scoring 138 runs off just 100 balls.

After this dominant ODI series win India is looking forward to the t20 series as well. 1st IND vs NZ t20 match 2023 will be played on Friday 27th Jan 7 pm onwards.