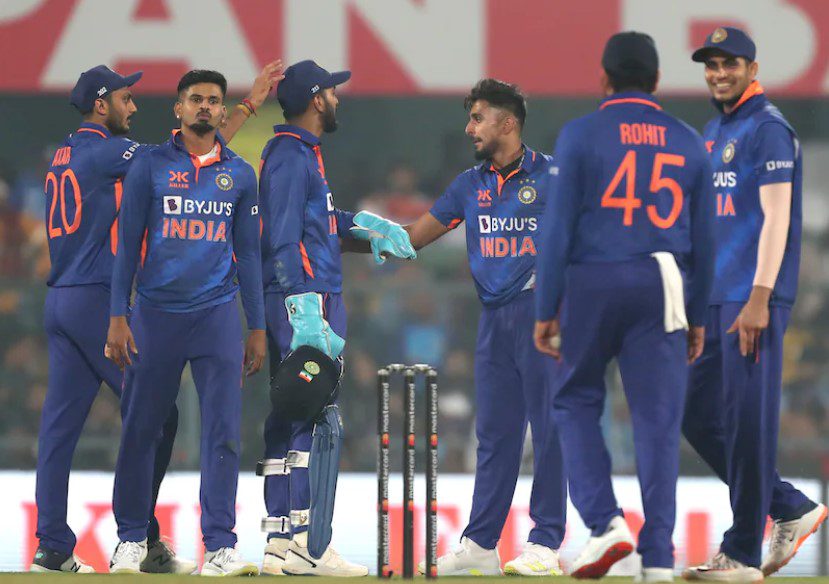 IND vs SL: At Barsapara Cricket Stadium, Guwahati, India has registered their first win by 67 runs against Sri Lanka with a dominant style in the 3-match ODI series. First with batting by scoring a huge total of 373 runs and then with tight bowling to overpower Sri Lankans. Every player on the Indian team contributed their part in this match.  Virat Kohli made his 45th ODI century and 73rd in total by scoring 113 in 87 balls. 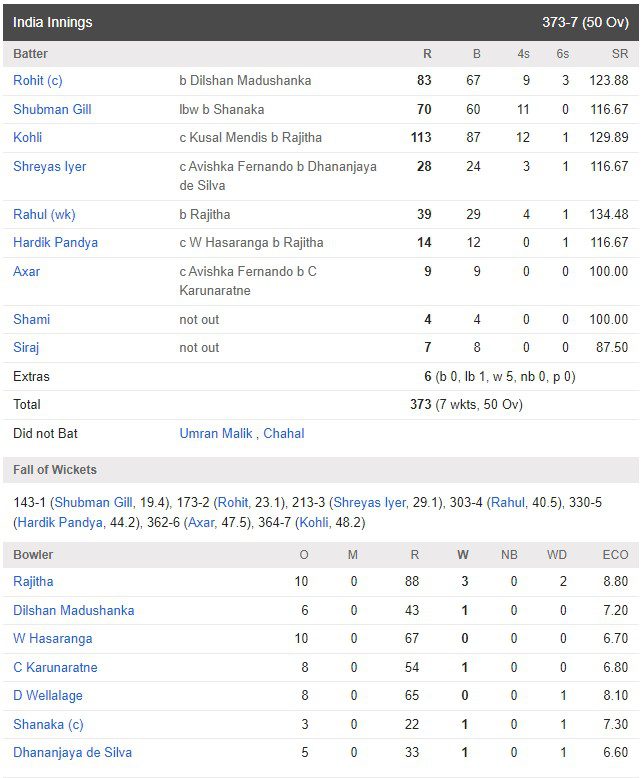 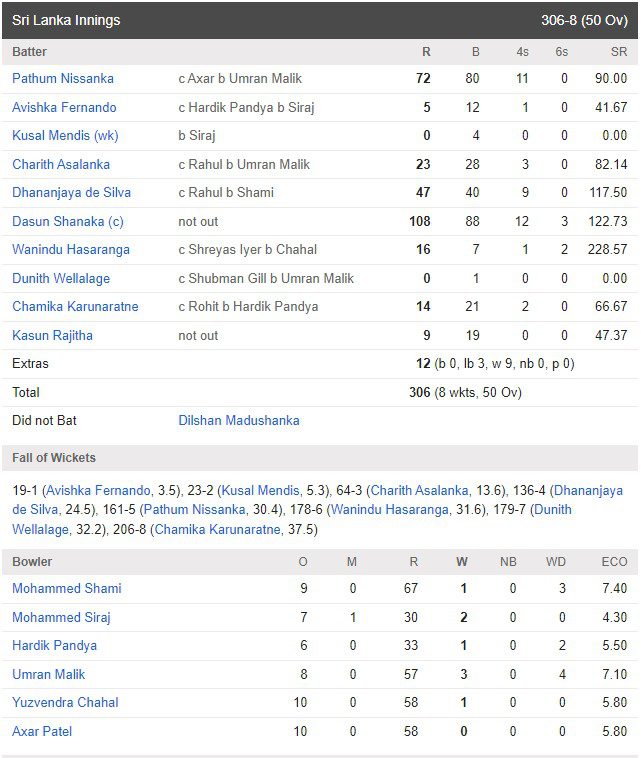 Sri Lanka had won the toss and elected to bat bowl first. India started great, both the openers Shubman Gill and Rohit Sharma made a brilliant opening partnership of 143 runs in 118 balls.

Shubman Gill got out by scoring 70 runs in 60 balls, and captain Rohit played a superb inning of 83 runs in just 67 balls. He got out on the 24th over on Dilshan Madushanka’s delivery. India was 173 for the loss of 2 wickets.

Shreyas Iyer played a small inning not a bad one though, he scored 28 runs off 24 deliveries. Then Kohli and KL Rahul made a good partnership 0f 90 runs off 64 balls. Then KL Rahul got out on a slow delivery bowled by Rajitha. He scored 39 runs in 29 balls.

After that wickets started falling continuously. Virat Kohli made his 45th and 73rd total century by scoring 113 runs in 87 balls by hitting 12 fours and one six. In the end, India managed to score a huge total of 373 runs for the loss of 7 wickets in 50 overs.

From the Sri Lankan side, Rajitha took 3 wickets considering 88 runs in his 10-over bowling. Dilshan Madushanka, C Karunaratne, Shanaka, and Dhananjaya de Silva took 1 wicket each.

Sri Lanka didn’t Start their batting Innings well. They lost their first wicket in the 4th over, bowled by Siraj and the score was 19 runs for the loss of 1 wicket. And in the 6th over they lose another wicket of Kusal Mendis.

Mohammad Siraj gave India an early breakthrough of 2 wickets, and Sri Lanka was in deep trouble. And Sri Lankan wickets kept falling. They were struggling to make a good partnership. Pathum Nissanka played a good inning of 72 runs of 80 balls and got out on the 31st over.

In the end, Dasun Shanaka played a great inning of 108 runs in just 88 balls. But he couldn’t make it for the team. Sri Lanka lost the match by 67 runs margin.