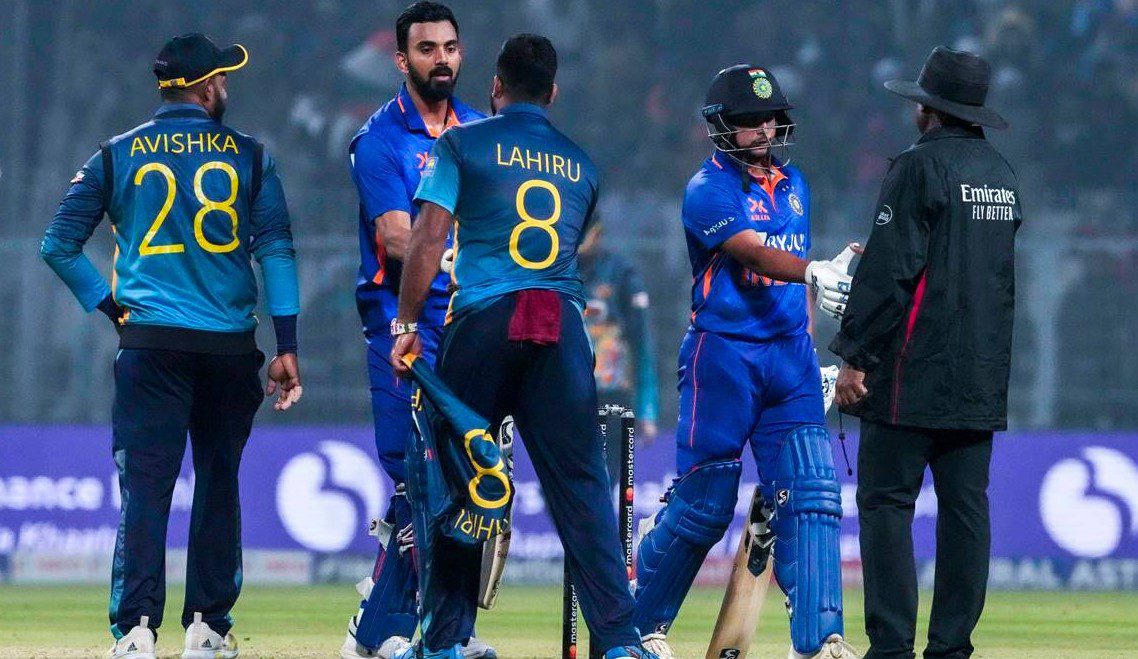 IND vs SL:  India has won the 3-match ODI series by defeating Sri Lanka in the 2nd ODI by 4 wickets. The win was not easy though for India. Despite having a low score India struggled to win this match, India lost 6 wickets to score the winning run. Although it was a low-scoring match, but Sri Lanka gives a strong response to hold India for a while.

Sri Lanka Won the toss and elected to bat first. Indian bowlers did a brilliant job to restrict Sri Lankans to 215. Sri Lanka started well but Avishka Fernando got out on the 6th over by scoring 20 runs in 17 balls. Siraj was the man who give the first breakthrough for India. 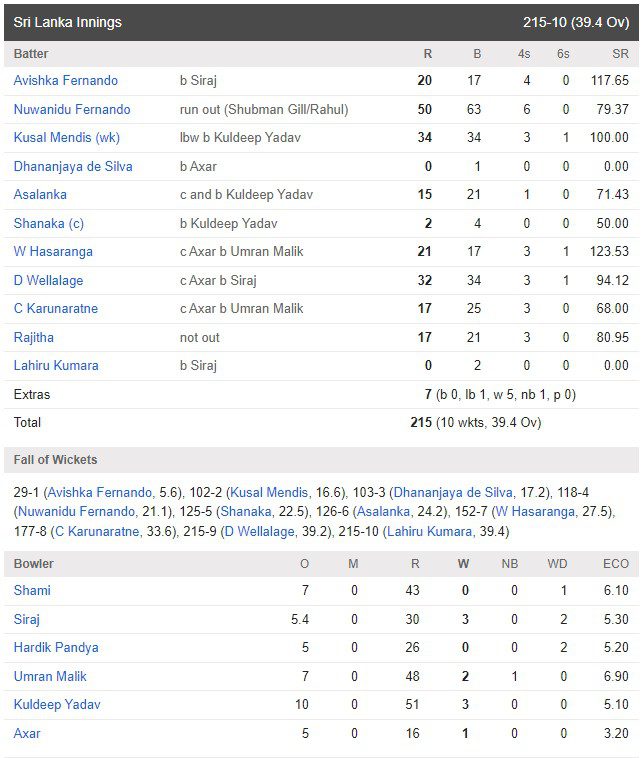 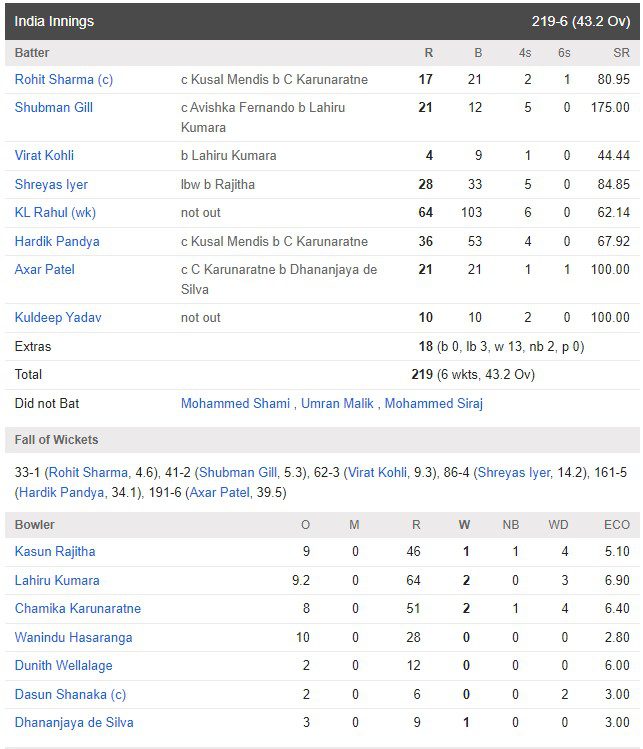 Aster that a good partnership of “73 runs off 66” balls was made by Nuwanidu Fernando and Kusal Mendis. After that Kuldeep Yadav took the wicket of Kusal Mendis (34 off 34 balls) on the 17th over and gave the second breakthrough for India.

After that Sri Lanka started losing their wickets rapidly. Next over, Axar Patel took the 3rd wicket of Sri Lanka. Dhananjaya de Silva got out without opening his account.

After that Sri Lanka was unable to build any good partnership as they tried to score a big total, as a result, they lost all their wickets under 40 overs. Nuwanidu Fernando made 50 runs off 63 balls which is the highest run in the Sri Lankan inning in this match. In the end, Sri Lanka manages to score 215 runs.

Despite defending a low score, at one moment Sri Lanka put Indians under pressure by taking wickets at crucial moments.

Indian started their innings well, while Rohit and Gill conceded few Boundaries at the beginning. But Rohit Sharma lost his wicket in the 5th over on Karunaratne’s delivery by scoring 17 runs off 21 balls.

Shubman Gill looks well but just on the next over he got out. Lahiru Kumara took the wicket of Gill India were 41 for the loss of two wickets.

After that KL Rahul and Hardik Pandya made a partnership of 75 runs facing 119 balls. Hardik lost his wicket on the 35th over, he scored 36 runs in 53 balls. Then Axar contributed 21 runs facing 21 balls and got out on the 40th over.

KL Rahul kept his nerve to the end and took India to victory. He scored 64 runs off 103 balls, his strike rate is almost 50 but that was a vital inning he played in that situation.