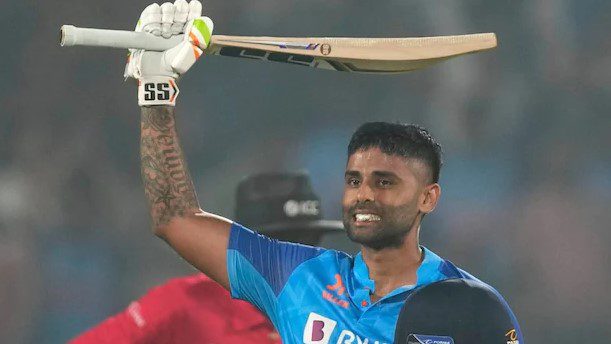 Ind vs Sri 3rd T20I: India defeated Sri Lanka by 91 runs in the last and deciding match of the three-match T20 series. Also won the T20 international series 2-1. Chasing 228 runs, Sri Lanka was all out for 137 runs. 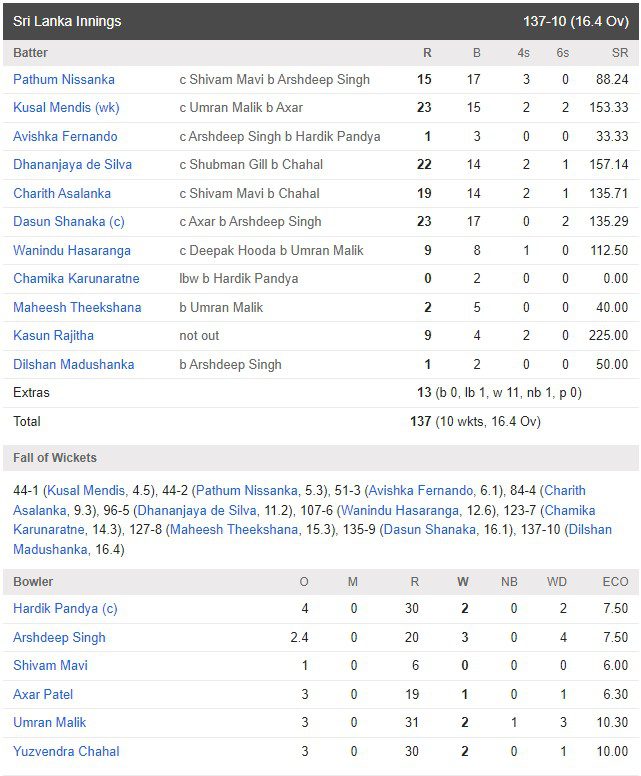 Indian captain Hardik Pandya won the toss and decided to bat first. Shubman Gill and Ishan Kishan opened for India. Ishan Kishan got out in the very first over of Dilshan Madushanka’s outswing delivery. He made only 1 run; in the 2nd match, he didn’t score either.

Rahul Tripathi scored 35 runs in the powerplay overs and got out in the 6th over. After that Suryakumar Yadav came to the field and played an explosive inning of 112 runs not out in just 51 balls. He builds 111 runs partnership with Shubhuman Gill in 53 balls.

This is his 3rd T20 international century and becomes the 2nd highest centurion for India. Sri Lankan bowlers were clueless about how to bowl Surya. He smashed every Sri Lankan bowler one by one.

The Surya-Shubman partnership was finally broken on the 15th over as Shubman Gill got out on 46 runs bowled by Hasaranga. After that wickets started falling continuously. Hardik Pandya and Deepak Hooda both got out by scoring only 4 runs.

Axar Patel contributed 21 runs in 9 balls, at the end India finished the innings with 228 runs in the loss of 5 wickets in 20 overs.

Sri Lanka started their innings well but Kusal Mendis caught out early by scoring 23 runs in 15 balls. Axar Patel Break Through for India by taking the wicket of Kusal Mendis in the 5th over. Dhananjaya de Silva (22 of 14), Charith Asalanka(19 of 14), and Dasun Shanaka(23) contributed a little bit. But the rest of the team has completely flopped against the pressure of the Indian team.

Arshdeep Singh was the leading wicket-taker for India taking 3 wickets, he was given 5 no balls in the previous match and made a great comeback in the 3rd match.

Hardik Pandya, Umran Malik, and Yuzvendra Chahal took 2 wickets each. In the end, Sri Lankans got all out at the score of 137 runs, and India won the match by 91 runs.