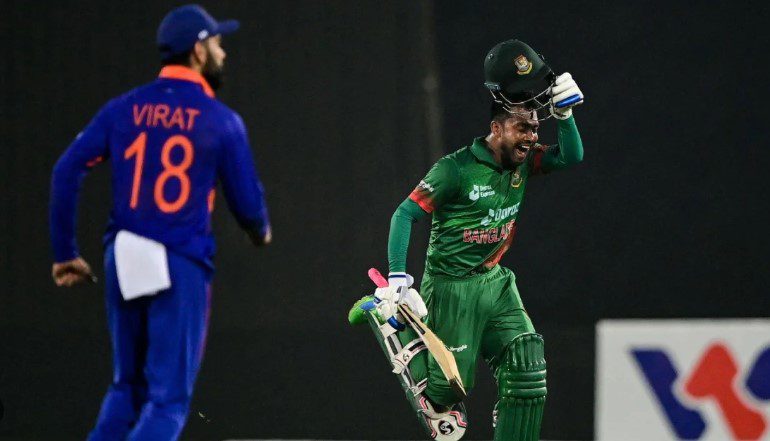 India vs Bangladesh 2nd ODI:  Another disappointing match for India, the man in blue lost their 2nd ODI match against Bangladesh tonight which leads Bangladesh to win the series 2-0. In The first ODI match, Bangladesh beat India by one wicket, despite of bad performance India was looking for a good comeback in this match, but again Bangladesh took the match away from India.

This is not the first time we saw India struggling with their batting and bowling, in the New Zealand series India also struggled. After the t20 world cup in Australia, India isn’t looking good till now, and we have seen the same struggle continues. 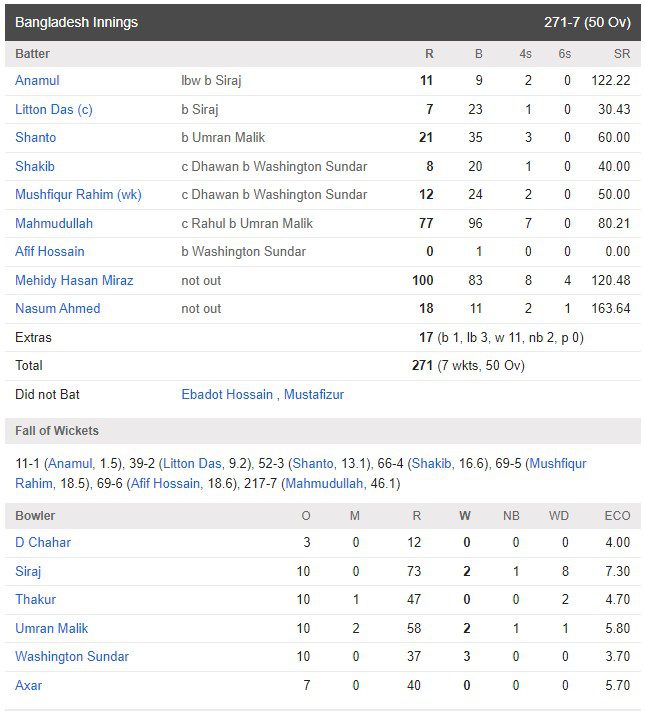 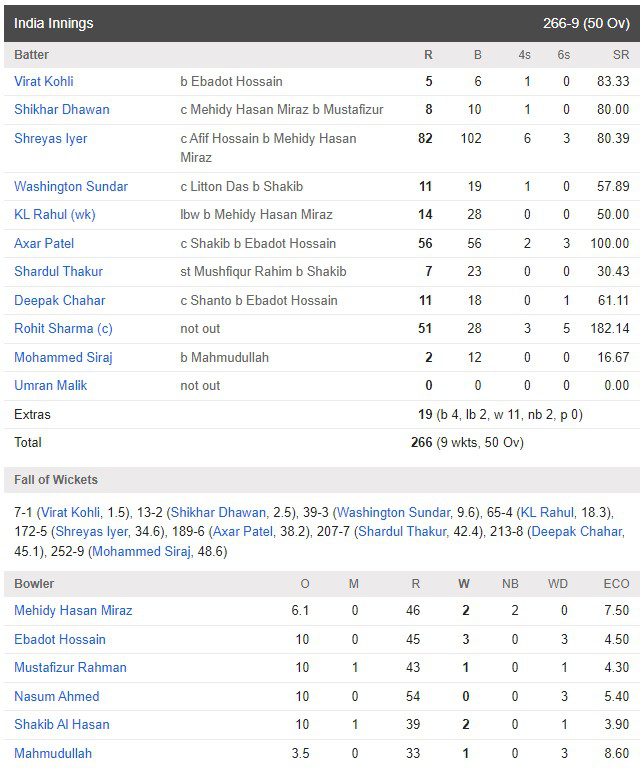 Bangladesh won the toss and elected to bat first. India started well; Muhammad Siraj took Anamul’s wicket on 2nd over. In the 10th over Siraj bowled out Litton das who is the key batsman for Bangladesh.

Umran malik took 2 wickets and Washington Sundar took 3 wickets in the middle overs. In the 19th over Bangladesh were 69 runs in a loss of 6 wickets, and India was in a strong position at that time. But Mahmudullah and Mehidy Hasan made a brilliant partnership of 148 runs in 162 balls which helps Bangladesh to set the target of 271 runs in 50 overs.

In the second half, India lost Virat Kohli very early, on the 2nd over Virat played on Ebadot Hossain’s delivery. Dhawan caught out in the next over of Mustafizur Rehman, after 20 overs India’s score was 65 runs for the loss of 4 wickets.

After that Shreyas and Axar Patel made 107 runs partnership in 111 balls. In the end, Rohit Sharma tried hard to win the match by scoring 51 runs in 28 balls but he couldn’t make it, India shorted 5 runs at the end. Mehidy Hasan grabbed the title of player of the match for his brilliant 100 of 83 balls.

In the post-match interview Rohit Sharma says “When you lose a game, there are positives and negatives. From being 69/6, allowing them to get to 270-odd wasn’t a great effect from our bowlers. We started well but the middle overs and the back end is what’s hurting us a lot. Happened in the last game as well. It’s something we need to work on”.

Bangladesh Captain Litton Das said, “I am very happy, to win in my first series as captain, it feels good. We felt that 240-250 was a good score. We were under pressure but they (Mahmudullah and Mehidy) were brilliant. Don’t know what their conversations were, but what they did was simply superb”.