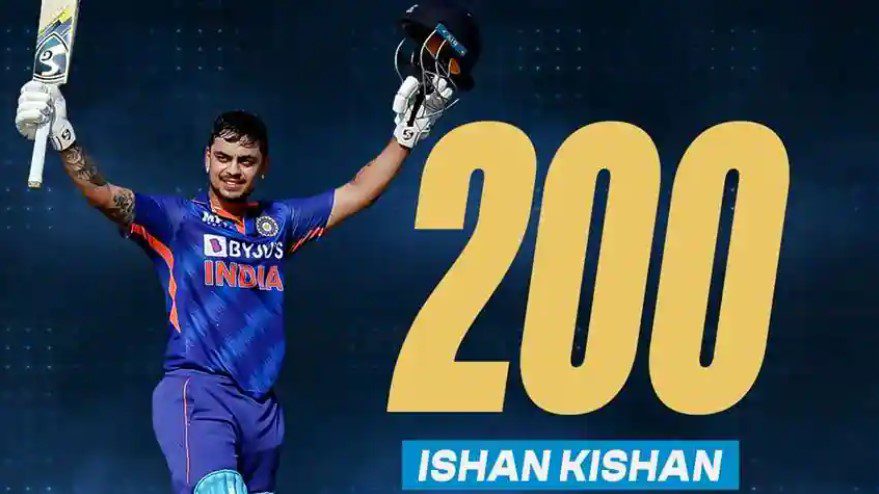 India vs Bangladesh 3rd ODI: India finally lands a win against Bangladesh in the 3rd ODI after losing two matches against Bangladesh. India was struggling through the series to find the rhythm whether it was batting or bowling, but today the man in blue come back into the game with a boom. 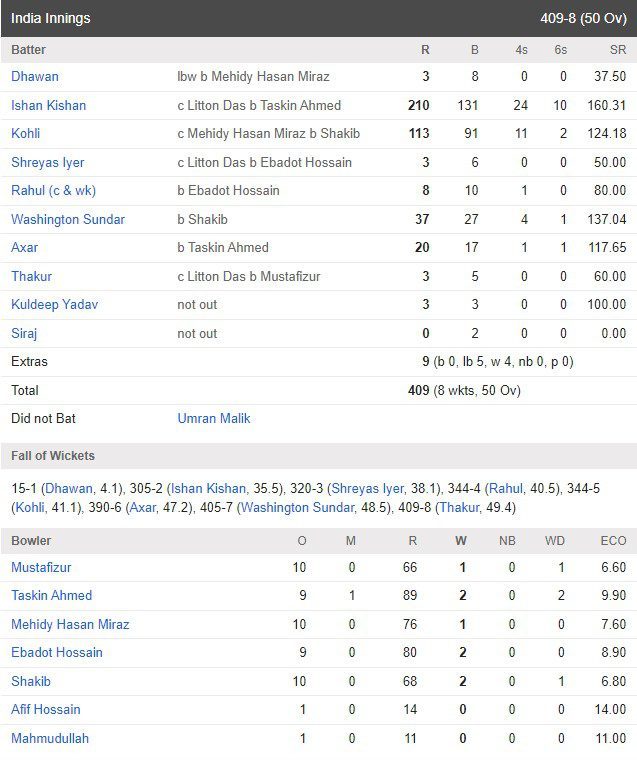 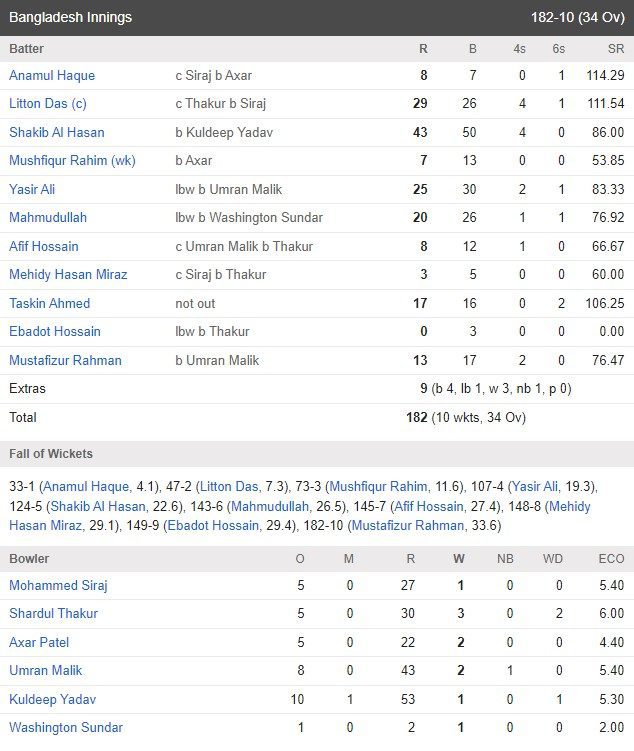 Bangladesh had won the toss and elected to bowl first. In the beginning, Shikhar Dhawan got out in 5th over. Mehidy Hasan bowled a length bowl, Dhawan couldn’t judge the ball and Fall victim to LBW, though Dhawan is going through his bad form.

After that Ishan Kishan and Virat Kohli made 290 runs partnership in just 190 balls. Ishan Kishan made his first international ODI century by scoring 210 runs in just 131 balls, which is the record for the fastest ODI 200 for any batsman in the world.

Kishan also listed his name in the list of 4th Indian and 7th in the world to score 200 in ODI internationals. After Kishan got out 36th over, Virat Kohli take-forward the game and made his 44th in ODI and 72nd total hundred in international cricket. Kohli got out by scoring 113 in 91 balls in 42nd over.

After the 36th over when India’s score was 305 for the loss of 2 wickets. After that, wickets started falling quickly, however, Washington Sundar and Axar Patel contributed 57 runs to the score and finally, India scored 409 runs in the loss of 8 wickets in 50 overs.

After the Devastating batting performance by India, it’s time for the bowlers to show their skills. In the 5th over Axar Patel takes the wicket of Anamul Haque and gives India the first wicket. And then in the 8th over Mohammad Siraj took the wicket of Litton Das who is the key batsman of the Bangladesh team.

Bangladesh couldn’t stand to defend the score, and wickets were falling continuously, where former Bangladesh captain Shakib Al Hasan made 43 runs off 50 balls and captain Litton Das scored 29 of 26 balls. In the end, Bangladesh’s innings ended on 180 runs in 34 overs.

Bangladesh Captain Litton Das said, “The way Ishan and Virat batted, that cost us the game. The way Ishan batted, hats off to him. Our bowlers tried our best but there was no way out on this wicket”.

Shardul Thakur took 3 wickets in his 5 overs, Mohammed Siraj, Kuldeep Yadav, and Washington Sundar took 1 wicket each, Axar Patel and Umran Malik took 4 wickets where both took 2 wickets. India won the match by 227 runs, and the player of the match award has been given to Ishan Kishan for his 210 runs in 131 balls.

“I think it was a perfect wicket to bat on. Perfect situation for me as well. Was looking to watch the ball properly and go with the flow”, Ishan Kishan said.