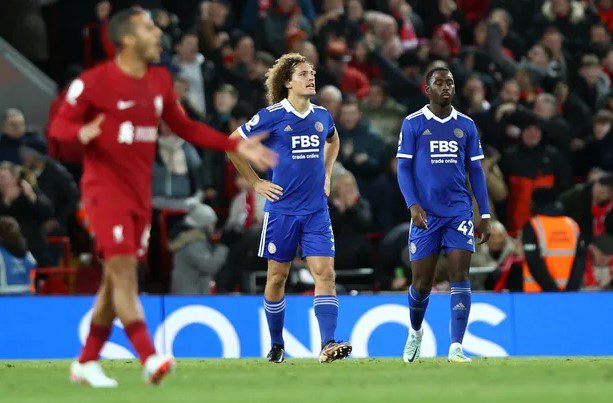 However, Liverpool fell behind in the 4th minute of the match at Anfield stadium. At this time, Kiernan Dewsbury-Hall led Leicester City with a left-foot shot from the ball extended by Patson Daka.

At the end of 38 minutes, Wout Faes’ own goal and the score were equalized. At this time, Trent Alexander-Arnold took a shot toward the goalpost from the right. Wout Faes tried to clear it, but the ball hit his feet and went over the goalkeeper’s head and into the net.

Moments before the break, he scored another own goal to become one of the most unlikely goal-scorers in Premier League history. This was even more embarrassing than the first one.

After that, in the counter-attack, Darwin Nunez of Liverpool got the ball. He is quick to attack with the ball. Leicester City goalkeeper Danny Ward came forward to block him. Beating him, Nunez took a powerful shot from outside the box to the far post. But the ball bounces off the post.

Wout Faes ran there to clear the ball. But amazingly he put the ball into the net. The Liverpool team went into the break with a 2-1 lead. However, there were no more goals after the break. Jürgen Klopp’s team left the field with a 2-1 victory.

Liverpool had two good chances in the first 10 minutes of the second half, But Salah’s shot was also off target after Jordan Henderson’s shot went off the post. In the 65th minute, Nunez also wasted the opportunity to increase the gap.

However, their march of wasting opportunities continued. In the 72nd, Salah shot the ball past the goalkeeper in a great position, and after 6 minutes, Nunez fired again to keep the score line unchanged.