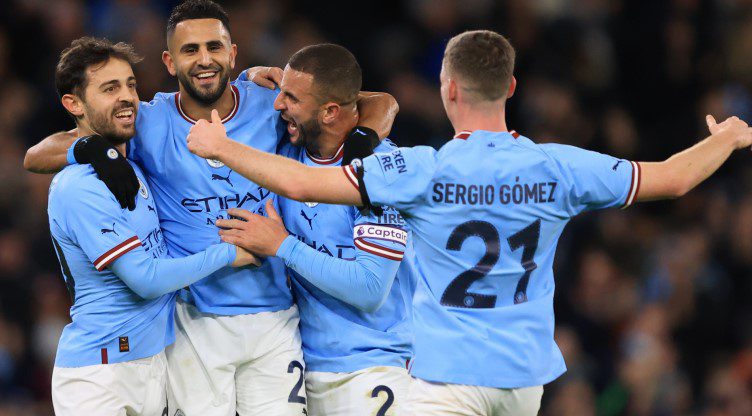 Chelsea collapsed in the FA Cup this time after being flopped in the English Premier League. Chelsea is knocked out.

Erling Haaland, Kevin de Bruyne, and İlkay Gündoğan were not played in that match. Even though Man City beat Chelsea Easily in the FA Cup match.

In the 27th minute, Havertz handed the ball into his own box. The referee gave a penalty with the help of VAR technology.

Argentine star Julian Alvarez made no mistake in scoring from the penalty spot. Chelsea fell under severe pressure after falling behind 2-0, and Man City uses that opportunity. Foden made it 3-0 with a left-footed shot in the 38th minute.

Scoring 3-0 before the break, the whole control of the match was practically taken by Manchester City. Man City’s attacking storm continued in the second half.

But there was only one goal in this half. Kalidou Koulibaly committed a foul in the box in the 83rd minute of the game. Mahrez scored his second and the team’s fourth goal on the penalty.

On the other hand, Aston Villa lost 1-2 to Stevenage. Villa took the lead first, however, Stevenage changed the way of the match in the last three minutes.

In the beginning, Aston Villa had control of the game. Aston Villa was the first to open the account by scoring a goal. Morgan Sanson put Aston Villa ahead in the 33rd minute and the score was 1-0.

They were keeping this score until 87 minutes. But after that, the whole picture changed. Dean Campbell is fouled by Leander Dendonker. Jamie Reid equalized the score from the penalty spot in the 88th minute. And Dean Campbell put Stevenage ahead in the last minute of regulation time. Stevenage won the match 2-1.