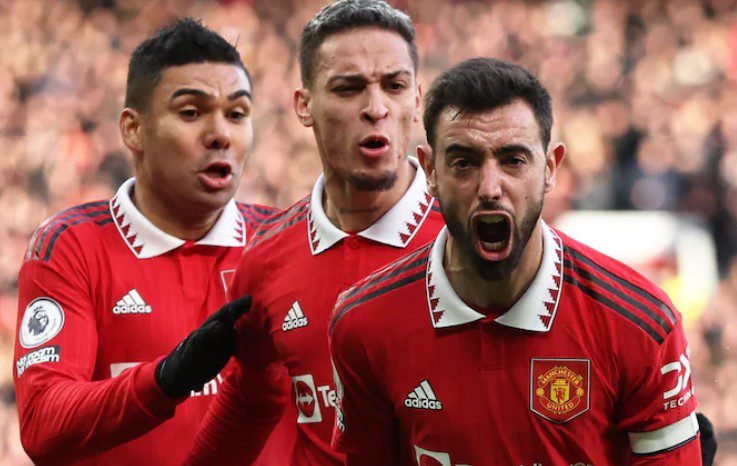 Man United grab the victory after three consecutive defeats against Man City in the league. They lost 6-3 at the Etihad Stadium last October in their first appearance in this tournament. Erling Haaland, who scored one of City’s two hat tricks in that match, was now a shadow of himself.

Although City dominated in the first half, United was ahead in creating chances.

Manchester City had their first chance in the 10th minute with a poor back-pass from Bernardo Silva. Christian Eriksen’s pass from Fernandez’s shot from an awkward angle was off-target. In the 23rd minute, Haaland’s shot in the United box was blocked by the defense.

In the 34th minute, Fernandes’ pass found Rashford on the left. Ederson came out of the post to stop him. Defender Manuel Akanji deflected the English forward’s shot past the City goalkeeper from an awkward angle.

After four minutes, Man City survived thanks to Ederson’s efforts. The shot taken by Rashford entering the box from the left side was stopped by the Brazilian goalkeeper. Just before the break, City defender Kyle Walker’s powerful shot from 35 yards went wide of the post.

The United coach made a change at the start of the second half. Brazilian forward Antony has been replaced by Martial.

In the 54th minute, Raphael Varane cleared the silver head in the box from Kevin De Bruyne’s cross. Later, City appealed for a penalty when Phil Foden fell to the ground in the D-box, but the referee did not respond.

In the 60th minute, Jack Grealish scored the opening goal of the match and lead man city by one goal.

United equalized the score with an eventful goal in the 78th minute. Casemiro passes from midfield to Rashford. He was clearly offside, but went behind the ball without touching the D-box, after which Bruno Fernandes ran and scored with a sharp shot.

Four minutes later, Man United was up in arms again. Alejandro Garnacho’s shot in the D-box was deflected and the ball came back to him. Avoiding the obstacle of Akonji who was tackling him, he passed the ball near the goal bar, and Marcus Rashford did the rest by putting the ball into the net.

The English forward became the first United player since Cristiano Ronaldo in 2008 to score in seven consecutive matches across all competitions.