Minecraft, the updates make it awesome, the mods and YouTubers play a big role in it, the game never gets boring because new things are constantly added into the game, and it’s kind of becoming more realistic like now doors and signs are waterlogged. Mojang created something that nobody could think of. Minecraft continues to be a fan favorite, and a media favorite, and the future looks promising following the 2014 purchase. Minecraft is always updating and gathering greater audiences, at this rate the game will never leave the top 6 most played games spot it has been in for years. Minecraft didn’t become mainstream until it was “discovered”. Youtube was becoming very popular at the time and many creators began to make Minecraft videos that engaged large audiences, for example, Captain Sparkles. 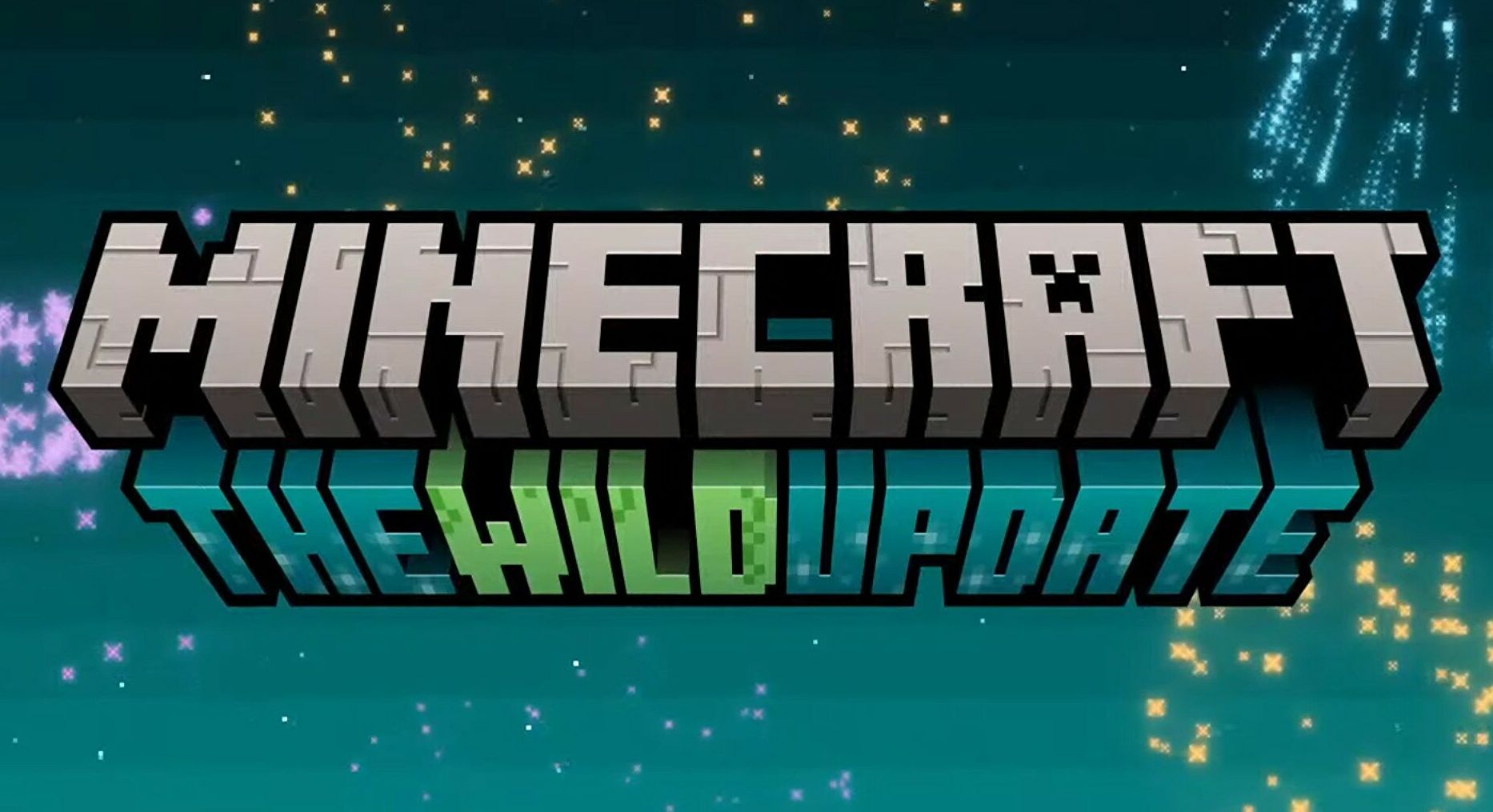 Minecraft also began to grow on the multiplayer side, so many lovers of their game could now share their worlds. In the year 2014, Minecraft was bought by Microsoft. The deal was accompanied by Microsoft with a sum of $2.5 billion. The new acquisition of Minecraft brought a lot of new players, Microsoft provides some major updates and make it available even on windows 10. The Pocket Editions and Console counterparts of the Java edition are also involved in its ongoing success. These versions allowed a play of the game anytime and anywhere. Today the developers have released the most anticipated update of Minecraft. The new update 1.19 is finally available for all the players. So let us get to know about it in detail. A lot of gamers and fans have given mixed comments on the latest update in Minecraft.

Especially with dark cities and warden, fans are saying, If the developers can merge the deep dark cities and the stronghold then that would be the best upgrade to the stronghold! Then again, they could just keep the strongholds as it is and have the DDC as the next level up, but the stronghold does need an upgrade considering its over 10 years old at this point. Developers have brought major changes with the Warden and the deep dark cities. The developer said they realized they wanted to feel crowded with mangroves while testing so added the mangrove swamp. So, the implication we can take away from this is that swamps will be updated and have mangroves, the mangrove swamp is just a new swamp variant with extra trees.

Imagine you’re just a tiny kid playing some Minecraft, having fun, digging around and you dig into one of those dark cities. You start to think you found something weird, that wasn’t in the game and maybe added by someone else. Then the warden comes out of the ground and chases you out or kills you. There are quite a bit of sandbox games out there but Minecraft is so great because you can build whatever your mind can come up with and there’s always something to find to do, also the simplistic graphics make it beautiful. For those that don’t know, Minecraft Dungeons reveals a lot of the Minecraft lore, from an ancient war between the “Nameless Kingdom” and the piglins of a soulsand valley, to the imprisonment and hanging of hundreds of people, to even Illagers moving to the ocean for an easier lifestyle, and the ancient runic magic of the players.

This lore tells a tale of Soul Magic, Subjugation, Necromancy, and Players caught in it all. Developers are adding mud and mud bricks, as well as a postponed archeological mod with pots/ceramics and we can predict that it’s proper for them to add a new “potter villager” since the stonemason already seems overloaded with trades. Perhaps they can also add a new job site block-like “potter’s wheel” that can add shape/color/design variety to mud bricks and pots, a bit like what they did with the shepherd villagers and the looming block. Wool is going to become a lot more useful. We’ll have to use its block signals to loot the deep dark without getting detected. Hats off to you Mojang. They did make it feel like it’s something you want to avoid and not kill.

Those mangrove swamps and mud blocks look like they took inspiration from modded Minecraft there again. Half solid mud blocks that had a full block model but a smaller hitbox where you sunk into them to a degree, and the twilight forest did the mangrove swamps are well in the latest update. In the previous 1.8 beta update, where they added the original swamp biome, the caves were revamped to be a lot bigger, they added brick blocks and clay, and they added giant mushrooms. That was super nostalgic for a lot of people. On the other, the new update (1.19) looks so amazing and drifting because of many surprising changes. Just before cliffs and cave updates were announced, The cave sounds: chains moving and big mechanical doors opening, were always giving us the impression that deep in caves there is a fortress.

And now, with the deep dark its looks like that fortress/city were thriving, but we were not capable to find it, but now, when bedrock is removed and the city is finally visited, we found out that we are late and there already something happened to it, something like massive slaughter. It would be nice if there was a version of the deep dark or whatever it’s called that is not horror, because we know that there are a lot of people who don’t prefer horror, but we would love to work with the new stuff and be able to explore it but deal with horror can be quite troublesome. This would be a really good time for developers to start adding to atmospheric lighting by finally introducing different colors of light. Mobs will now spawn in absolute darkness only, so a lot more can already be done with light levels.

In the recent update, devs are also adding way more life to the game with better terrain and new mobs full of personality. Even their concept art shows how amazing Minecraft would look with different colors of light. With fireflies and sculk, blocks coming in 1.19, touching up lighting could enhance their effect so much more. The most surprising and terrifying update in Minecraft has been noticed in the warden. Gamers did not expect that the deep dark cave biome is being updated for new structures, the warden now has the ability to smell and the swamp being updated with new blocks, a new animal. A professional gamer and YouTuber has conferred that the game is going to feel kind of off now, graphic-wise. For example, look at how detailed the new biomes are compared to the old.

The developers seem to be paying way more attention to animations than they ever have before so if you have a frog standing next to a pig for example then you will instantly notice that the pig feels very bland and motionless. It doesn’t mean Mojang should begin revamping everything up to today’s standards and throw out the old, there is no appropriate answer available to this issue for the time being. Although, he also stated that everything older will eventually become an eyesore for many people. Nonetheless, everything the developers are doing is still fantastic. Surprisingly, the new changes are causing a lot of trouble to the conventional players who liked the old ways. It has been reported that a lot of the mobs aren’t really necessary when older ones can be repurposed, and end up being either filler or so far removed from the sandbox of Minecraft.

For example, the warden. Not only is it near impossible to kill, it comes from underground through blocks, which means the SANDBOX part of Minecraft is negated in that area of the game. The warden seems to be harder to defeat and that is what intrigues the gamers. Developers are adding additional mechanics with the new content, we can hope they will also extend those new mechanics to old content, like cows with differing textures or acorns pickable from oak trees. Furthermore, the see-through texture on the mangrove trees is horrible and honestly, a lot of players don’t think it fits Minecraft. For those who think that this update isn’t as exciting, those people must consider that the developers had to push the caves and cliffs later this year because they underestimated the update.

Furthermore, the developers are not only updating the swamp, they only said that they were giving the swamps extra attention. Mod era of Minecraft began in the year 2012. People took advantage of the Minecraft Coder Pack and Forge and began to mod the game. Mods took many forms but all had one agenda and it was to improve the game with fun new editions. From pixelmon to Too Many Items, Minecraft saw even more audiences than before, and this is where the biggest shift happened. Following the mod phase, Minecraft began to appeal to the younger generation as the original players got older. Minecraft servers saw huge changes in terms of the players and how they were used. While it remained popular, it was now seen as a joke.

Many former players migrated to newer games that we’re releasing and left behind were the “Squeakers” the “Trolls” and the “Grievers”. Minecraft’s Beta or Classic players are resurfacing, and all the players are now join forces. The fellas from the meme era are now older and less toxic. The generation Minecraft would have grabbed never was caught in it, instead are enjoying the likes of Fortnite. This vacancy brought my generation and older back, this making a cycle. The new update seems to be promising and it is one of the major updates in Minecraft in the past few years.

Valve Has Banned All Blockchain Games and NFTs On Steam