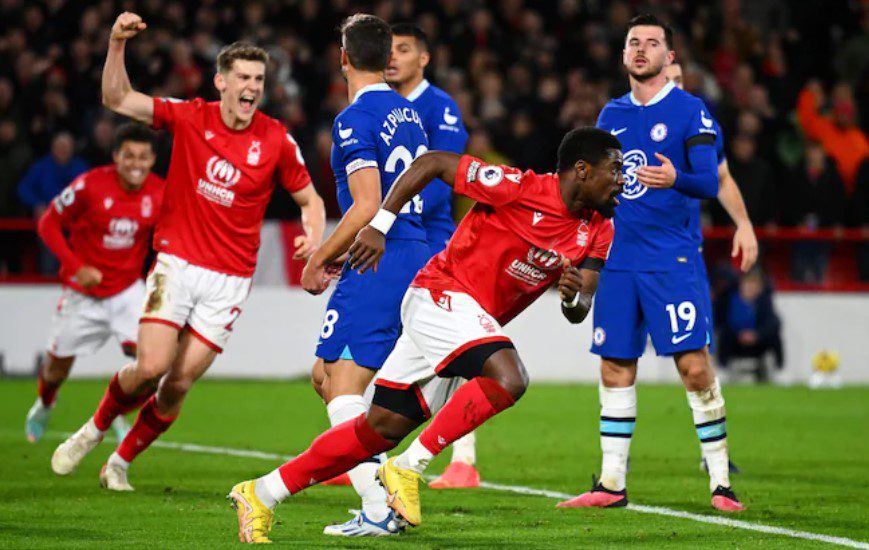 Before the last World Cup, Chelsea was unable to win in five consecutive matches. It was their longest losing streak in the league in 10 years. After the World Cup, they beat Bournemouth and returned to a winning streak. But then the shock came again. The match was drawn 1-1 on Sunday in the field of Nottingham.

Chelsea dominated the first half of the match at Nottingham. But the situation of the match started to change as soon as the second half started. Chelsea takes the opponent lightly. And Nottingham Forest took advantage of that opportunity.

After 16 minutes of the match, Chelsea went ahead with Raheem Sterling’s goal. Maximum success for the Blues following this cross from Pulisic from the left. In the duel with Havertz, Boly performs a pigeon wing, and the ball lands on the crossbar. Sterling followed and Henderson shot with a right foot.

This is Raheem Sterling’s fourth Premier League goal this season. The Englishman becomes co-top scorer for the Blues with Kai Havertz.

In the second half, Serge Aurier made a fool of Chelsea’s defense and scored after 63 minutes. On a corner executed from the left side, the ball goes off in a pinch on a header at the near post from Havertz. Boly deviates at the reception for Aurier who controls and adjusts Arrizabalaga with a volley from the right between the legs.

This is Serge Aurier’s first goal this season in the Premier League. Chelsea Blues try to regain control of this match, but the Reds remain euphoric following Serge Aurier’s equalizer.

With this goal, Chelsea’s hopes of victory were practically over. After that, Graham Potter’s team tried to return to the match but could not return. Chelsea started the year with a draw.

Chelsea retains a high percentage in terms of possession (74%), but it is Nottingham Forest who hit the goal most often in this match (12 shots including 5 on target).

With 25 points from 16 matches, they are now in eighth place in the league table. Champions-runners-up is now not even possible for them to think, the possibility of playing the Champions League from the top four is now very dim. They are 7 points behind Manchester United who is in fourth place.