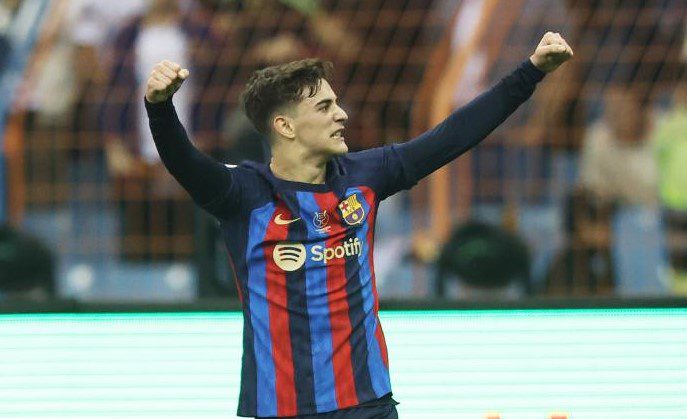 Real Madrid vs Barcelona: Barcelona wins the Spanish Super Cup. Barca beat arch-rival Real Madrid 3-1 in the final. With this victory, they became Spanish Super Cup champions 14 times. First El Clasico win of the year for Xavi’s boys. However, an 18-year-old young footballer played an important role in the victory of this match.

In the 33rd minute of the match, Gavi, the young footballer of the Spanish national team, gave Barcelona the lead.

From the beginning, Barca started playing aggressive football. Real Madrid’s footballers couldn’t return in any way during the match. Barcelona went ahead with two goals in the first half.  scored the first goal.

And the second goal was scored by Robert Lewandowski. This Poland footballer scored after 45 minutes at the very last time of the first half. Barca went ahead with two goals in the first half.

Real Madrid went on the back foot to some extent from the beginning of the match. And Barcelona players fully utilized that opportunity. Real Madrid could not score a single goal in the first half. Even in the second half, they could not return to the match.

But Gavi played great football for Barcelona. He did not stop there.  also had a contribution to Robert Lewandowski’s goal. Lewandowski scored from the young footballer’s pass.

Pedri added more twists in the second half. Pedri made the scoreline 3-0 in the 69th minute of the match.  Gavi also played the role of that goal. One goal and two assists by Gavi. This young man played football vigorously throughout the match.

After the third goal, Barca started playing defensive football. By that time Barcelona went into defensive mode as their victory was assured.

Real Madrid could not score a single goal in the stipulated time. Karim Benzema scored a consolation goal for Real Madrid in injury time.

But Gavi’s performance and Barcelona’s attack were beyond Real Madrid’s reach. Both teams took 6 shots on goal. In between, Barca exploited three opportunities. Most of Real’s attempts failed because of courtesy of Barca goalkeeper Marc-Andre ter Stegen.