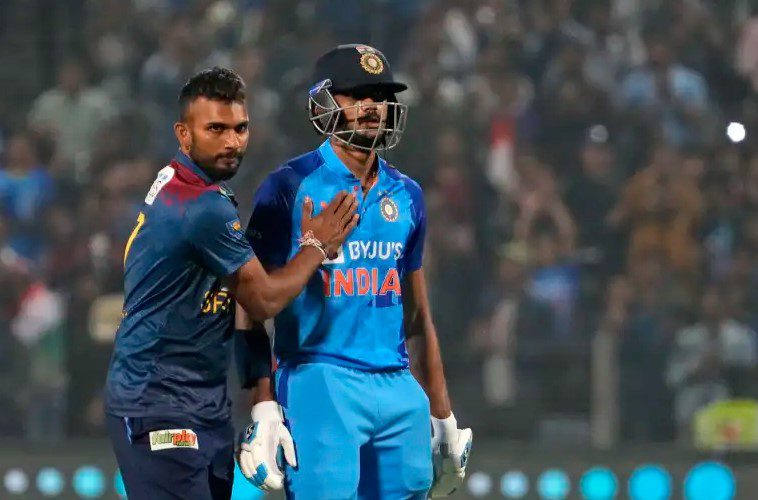 In the second T20 match played at the MCA ground, Sri Lanka defeated India by 16 runs in a thrilling match. India had a target of 207 runs to win, but Team India could only score 190 runs. The highest 65 runs from India came from the bat of Akshar Patel. Apart from him, Suryakumar Yadav played an inning of 51 runs. 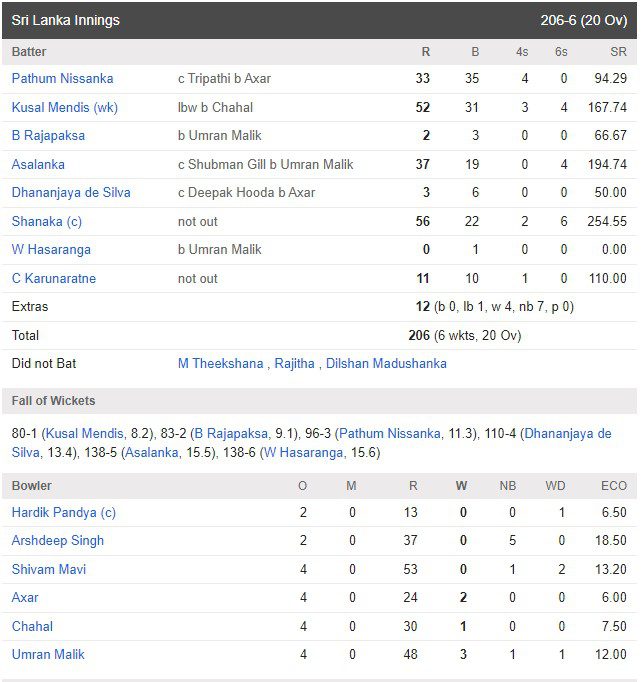 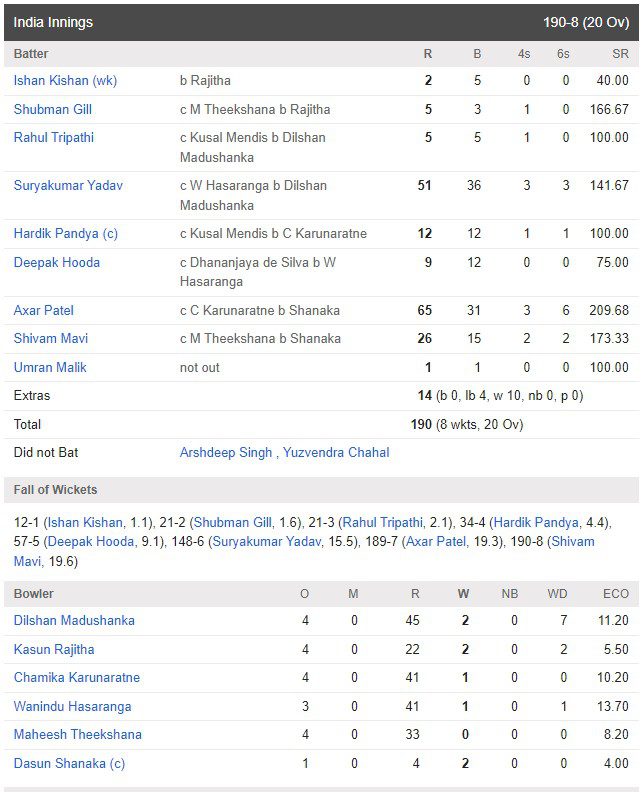 Talking about the match, in the second T20, Hardik Pandya won the toss and decided to bowl first. The Sri Lankan team took advantage of this opportunity to put 206 runs on the board for the loss of 6 wickets in 20 overs with the help of half-centuries from captain Shanaka and wicket-keeper batsman Kusal Mendis.

This was the second time at this ground in Pune when a team managed to score over 200.

Chasing this score, India’s start was not good, half the team had returned to the pavilion for 57 runs. Then Suryakumar Yadav (51) and Akshar Patel (65) raised hopes of victory by a stormy partnership of 91 runs, but they could not reach the target. In the end, Shivam Mavi also opened his hands and scored 26 runs. At the end India lost the match by 16 runs.

The third and last match of the series is to be played in Rajkot on 7th January.

After this defeat of India, captain Hardik Pandya’s anger erupted on fast bowler Arshdeep Singh. Arshdeep missed the first match of the series due to ill health, but when he made a comeback in Pune, his performance was disappointing.

He spent 19 runs in one over with a hat-trick of no balls. Arshdeep Singh could not even complete his quota of 4 overs due to his poor rhythm. The left-arm bowler spent 37 runs in just two overs with an economy of 18.50 and during this, he bowled a total of 5 no balls. Captain Hardik Pandya got angry at Arshdeep Singh after the match and said that throwing no balls is a crime.

After the match, the Indian captain said, “Both bowling and batting – powerplay hurt us. We made basic errors which we shouldn’t do at this level. Learning should be the basics we can control. You can have a bad day but shouldn’t be going away from basics”.