Malaria is a common mosquito-borne disease. It is spread by the parasite Plasmodium. Mosquitoes carry this disease. Malaria is one of the leading causes of death in humans worldwide. There are 5 types of Plasmodium parasites that can cause malaria infection. Of the four types of malaria, 90% of infected people die each year Due to the Plasmodium falciparum parasite.

Every year 800,000 people die due to malaria. According to the World Health Organization (WHO), malaria kills one child every 45 seconds. The history of this disease is very ancient, and a similar type of fever was reported in 6000 BC. It is very common and spread disease in many areas, especially in tropical countries.

Malaria is known to have originated in Africa, and from there the infection has spread to other parts of the world. In the case of mankind, it has emerged as a deadly disease. Studies have shown that malaria probably came from monkeys to humans. It is known (p. Falciparum) P. falciparum parasite. About 500 million cases of malaria are reported each year, of which 85% are in sub-Saharan Africa, and 85% of all malaria cases in Africa are caused by a single class of malaria, which is Plasmodium Falciparum.

Malaria is a common infection, which can be fatal. It is widespread in many tropical countries, such as Africa, Asia, and South America. It is spread by the parasite Plasmodium. It is simply the bite of an infected female Anopheles mosquito.

So far, more than 60 species of malaria parasites have been identified, but 5 of them are responsible for human malaria, these are malaria, Plasmodium Falciparum, Plasmodium vivax, Plasmodium ovale, Plasmodium Colesae, and Plasmodium malariae.  The parasite is transmitted by the bite of a female Anopheles mosquito (which is a vector of the disease).

Once the parasite enters human blood it grows and begins to grow in the liver and then it attacks and destroys red blood cells. When a female mosquito bites a human, the parasite enters the human body and causes symptoms such as fever, headache, and vomiting.

It can be completely cured if diagnosed at the appropriate time. If the diagnosis and treatment are delayed, the infection will reach its final stage and a complicated situation may arise. The majorities of deaths due to malaria are due to untimely diagnosis and delay in proper Malaria treatment.

The symptoms of malaria are divided into two categories – simple and complex.

If any person infected with simple malaria, all the symptoms, including the nature of malaria, can be seen, but with all these symptoms there are no symptoms of complex malaria and there is no major damage in body organs.

When simple malaria is not treated, it takes on a complex shape. A person with low immunity can get complicated malaria. The symptoms of malaria last for 6 to 10 hours and come back every day. These symptoms may vary depending on the nature of the parasite, and sometimes mixed symptoms can appear.

By Symptoms of complex malaria, it can be identified that vital organs of the body are significantly damaged. 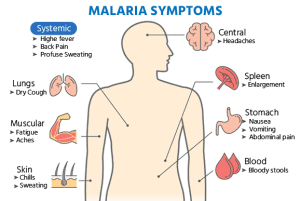 Some of the characteristic symptoms of complex malaria are listed below:

Symptoms of complex malaria include damage to vital organs.

Some of the characteristic symptoms of complex malaria are:

Complex malaria can lead to death if left untreated. Malaria symptoms are matched with Common flue or viral fever symptoms for those who never infected before, and for those diagnosis is become difficult.

Also Read – How to Increase immunity or Immune system In our Body, Natural Way to Increase Immunity

Malaria is an important disease, which can be fatal if not diagnosed and treated in a timely manner. The falciparum parasite is the most harmful and causes the most deaths.

There are various tests available to diagnose Malaria, these are:

Microscopic Testing: The most widely used and trusted test for malaria is the microscopic blood test, where the parasites of the four major species can be easily diagnosed separately.

Immuno Chromatographic Tests: Immunochromatographic tests are known as ‘rapid tests’ to diagnose malaria. In this case, the disease is diagnosed with the help of ‘dipsticks’ and intravenous blood is used in this test. It takes a total of 15 to 20 minutes to complete the test. The test results are determined by the presence or absence of colored spots on the dipsticks, so it is very useful for field tests.

In these rapid diagnostic tests, the maximum detection limit is 100 parasites per cubic liter of blood (commercial kit ranges from 0.02 percent to 0.1 percent parasitism). One drawback is that dipsticks tests are qualitatively accurate but not quantitative. This test can detect the presence of parasites in the blood, but cannot count the number.

Classification, mechanism of action, and chemical composition of anti-malarial drugs in the treatment of malaria:

The nature of the infection, the severity of the infection, the physical condition of the patient and the associated conditions, and the method of administering different drugs at the same time depend on the disease. People infected with P. Falciparum need to be closely monitored and tested because it can develop resistance to relatively difficult infections and anti-malarial drugs.

There is something to be done about this. For example, you must use a mosquito net or coil while sleeping during the day or night. Use of mosquito repellent nets, resistant creams, sprays on doors and windows. Care should be taken to ensure that mosquitoes do not breed in frozen areas around the house or to clean stagnant reservoirs and waterlogged areas regularly.

Mosquitoes lay more eggs in stagnant water. Sprinkle pesticides or kerosene in these places. When traveling to malaria-prone areas consult a doctor in advance or keep up with anti-malarial drugs. 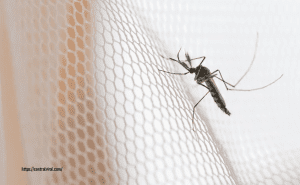 For the Protection of The Public:

Prevention of Malaria During Pregnancy:

First, consult with your doctor before taking any medication. These drugs are given before and after going to the hilly areas. However, it is not 100% effective in preventing malaria. So the most effective way is to protect yourself from mosquito bites.

Complications can be avoided if the disease is diagnosed quickly and treatment is started as soon as possible. Therefore, if fever and other symptoms occur, take the help of a doctor to diagnose the disease without suppressing by taking paracetamol. The common viral fever, dengue, chikungunya usually heals in five to seven days. It is important to look for the cause of any fever over a long period of time with the help of tests.